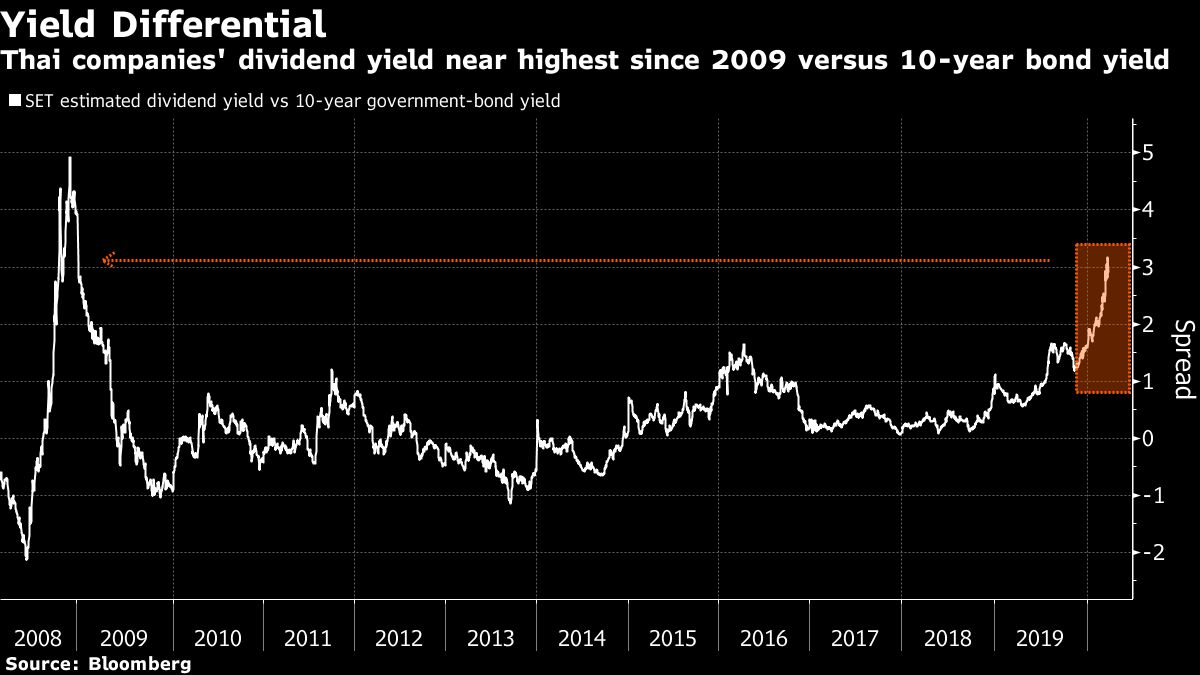 (Bloomberg) — Follow Bloomberg on LINE messenger for all the business news and analysis you need.

Thailand, one of Asia’s worst major equity markets this year, has suffered from the trade war, a severe drought and a delay in the government’s budget. Yet worse may lie ahead as the coronavirus pandemic triggers closures of cinemas, schools, sports clubs, gymnasiums and restaurants, with many people working from home.

Southeast Asia’s second-largest economy has seen a surge in new infections in the past week as confirmed cases tripled to more than 200 patients, according to health-ministry data. Concerns that the disease will weigh on Thai equities, with foreign funds increasing withdrawals, according to LH Securities Co. The benchmark stock index is heading for its steepest quarterly loss since 1998.

Thailand’s worst drought in several decades, the government’s budget delay and a strong currency had already curbed the economic expansion before the disease known as Covid-19 decimated tourism, the only remaining major growth driver. At 30%, the country has the highest odds of recession among Asian nations after Japan, according to data compiled by Bloomberg.

The bleak economic and corporate earnings outlooks have hammered Thai equities, with slides in the benchmark index triggering trading halts on March 12 and 13. Wide price swings pushed the stock exchange on Wednesday to narrow the permissible trading range for individual stocks and revise circuit breakers to limit future drops.

Swings in the Thai stock index have jumped to their highest levels since 2008. The global pandemic will continue to keep the local equity market volatile, according to a March 17 note by Tisco Asset Management Co.

Still, Tisco Asset recommended investors begin raising their holdings of domestic shares following the slide in valuations. Dividend yields relative to the return on the government’s bonds have also boosted their allure, it said. The 4.5% dividend yield projected for companies in the Thai index is at its highest level since January 2009 relative to that on the government’s 10-year debt.

The sell-off has been so overwhelming that the proportion of stock-index constituents touching their lowest price in at least a year hit an all-time high. More than 80% of the 602 members traded at a low on March 13, the most since Bloomberg began collecting data in 2002.